When the Son Comes Down

from Final Notice by The Metal Monks 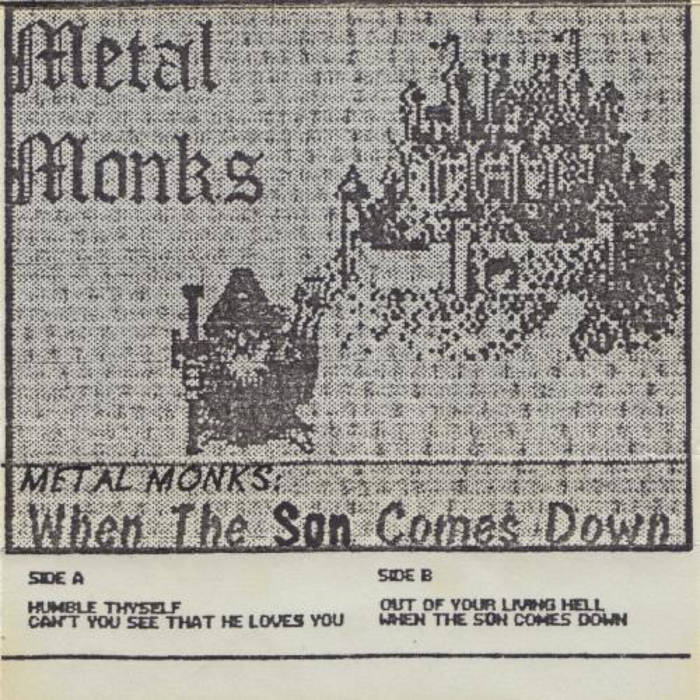 And I heard a loud voice from heaven saying
“Behold, the tabernacle of God is with men,
and He will dwell with them, and they shall be His people.
God Himself will be with them and be their God.
And God will wipe away every tear from their eyes
there shall be no more death, nor sorrow, nor crying
There shall be no more pain, for the former things have passed away.”

Then He who sat on the throne said,
“Behold, I make all things new.”
And He said to me, “Write, for these words are true and faithful.”
And He said to me, “It is finished!
I am the Alpha and the Omega, the Beginning and the End.
I will give of the fountain of the water of life freely to him who thirsts.
He who overcomes shall inherit all things
And I will be his God and he shall be My son."