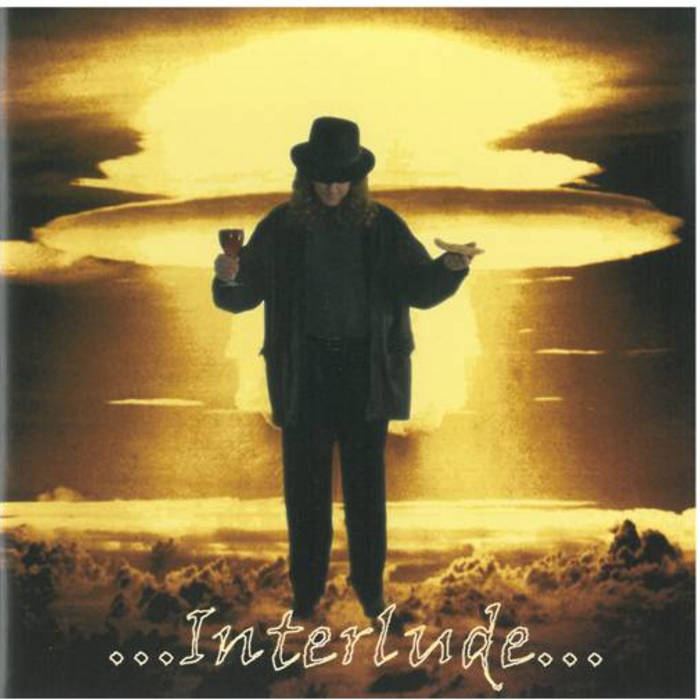 Rocking down that busy street
The wide, ignoble path beneath our feet
Seek and you can find
The dark and savage breaches of mankind

Knock on any door
War clouds loom
A deadline drawing forth

Knock on any door
The rising tide
The deadline drawing forth

Knock on any door
Ask anyone who cares
Everyone, everywhere
Be aware …

In congruence with its cover art, "Interlude" is an apocalyptic exploration of the sum of all fears amidst the age of grace we presently occupy.

The album was completed over the summer of 2005. The final product left me increasingly dissatisfied; thus there have been major surgeries to the original tracks as well as the mixing/mastering, including the recovery of tracks from 1985 finessed into the current recordings.